If you’re of a certain age, this story might sound familiar.

The year was 1980. I was in fifth grade and had just got my first part-time job delivering the local afternoon newspaper, the Hastings Tribune. The following year, I picked up a route for our state’s “big city” paper, the Omaha World Herald. By the time I got to high school, I was working at the Holiday Inn washing dishes, stepping in as an assistant cook and occasionally (and very poorly) waiting tables. Throughout high school, I worked at three other restaurants, including a pizza joint, a KFC and a Mexican themed drive-through fashioned from a decommissioned Union Pacific caboose named—you guessed it—El Cabooso.

By the time I graduated in 1991, I had spent more than half of my life as a part-time worker of one stripe or another. And I wasn’t alone. Back in the 80s, more than half of teenagers held part-time jobs like scooping ice cream, lifeguarding, and doing other work featured prominently in the 3rd season of the Netflix show Stranger Things.

According to Pew Research, most teens in the 70s and 80s worked at least part of their summer vacation. That number started to decrease in the early 1990s, and now only about 20% of teens hold a job—an all-time low since the U.S. started keeping track in 1948. Instead, high schoolers these days are spending more time on education, including taking advanced courses and even pursuing rigorous summer programs with an eye toward college and more long-term goals.

Strange things? For 50-year-olds like me, yes. But not for today’s youth. And certainly not for HR professionals.

In this competitive hiring landscape, it’s hard enough finding anyone to fill a part-time position, let alone teenagers. And the rise of the gig economy hasn’t helped. Since 2007, part-time work has increased 9% mainly due to employers trying to meet workers’ demands for flexibility.

On the one hand, part-time and contracted work has taken some of the burden off employers to provide benefits. The downside, however, is one of loyalty. Without these “sticky” benefits, part-timers and gig workers simply aren’t as motivated to stick around. You might as well install a revolving door.

Think that’s challenging? Well, here are some even stranger things.

According to Gallup, 63% of adults say they will continue to work part-time after they retire. Stranger still, only 25% say they will stop working altogether. And, 1 in 4 Americans plan never to retire.

Where will this leave employers? What will our economy look like a decade from now? Will technology continue to support the gig economy, or will the bubble burst? (Even vinyl albums have made a remarkable comeback. And I love it!)

Only time will tell. For now, forward-thinking organizations are doing everything they can to create a bond with their workers aimed at keeping them around for as long as possible. That includes offering benefits to employees they might not be able to get anywhere else.

The benefits landscape is starting to change.

Returning to the plight of finding teenagers to fill part-time positions, Walmart now pays for ACT and SAT prep courses, allows students to schedule hours around the school day and offers up to seven hours of free college credit. Smart move, considering that recruiting and training a new employee costs an estimated 33% of their annual pay.

It's also important to remember that the revolving door swings both ways, so to speak. Given the ever increasing high turnover rates and an entire generation or two of adults who plan to work past retirement age in some capacity, employers are even more motivated to cultivate the kind of relationship that turns alumni into boomerang employees. Part of this strategy involves offering portable benefits for employees so they can continue their coverage, regardless of what life stage they are in, and eventually return to the employer who offered those benefits in the first place.

For more insights like these, advice for navigating the evolving landscape of part-time work and the gig economy, check out our webinar on the subject below.

P.S. I’m happy to say life improved after graduation. The Hastings Tribune offered me a full-time job as a cub reporter, complete with benefits like healthcare, a pension and all the newspaper ink I could drink. Alas, I declined their kind offer and fled the country entirely. But, that’s a different blog. 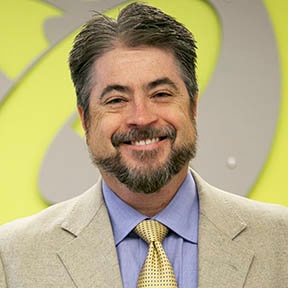 View all Posts by Don McCormick