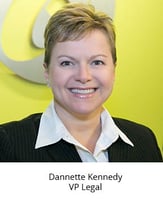 By the end of the month, the US Supreme Court will decide a case critical to the impact of the Affordable Care Act (ACA) on our customers. All eyes are on King v. Burwell, an appeal from the 4th Circuit Court of Appeals. The issue is whether individuals in the 34 states that opted not to build their own state exchanges are eligible for the subsidy provided by the ACA. The case challenges the IRS regulation that provides a subsidy for all qualified recipients regardless if it’s a state or federal exchange. The challengers believe that the IRS exceeded its authority by effectively changing the legislative intent of the ACA to only extend the subsidy to “State Exchanges.”

An exchange is best described as a marketplace where qualified individuals can go to purchase health care coverage, other than through an employer. It is important because the ACA defines an exchange as “… a governmental agency or nonprofit entity that is established by a state.”[1] If taken literally, the definition of an exchange under the ACA excludes any and all federally-facilitated exchanges since they were not created by a “State.”

ACA’s core intent is to provide universal affordable healthcare coverage. The subsidy reduces the overall cost of health coverage for those who qualify. The legislature gave certain rule-making authority to the IRS to determine which tax-payers would qualify for the subsidy. The IRS, with its delegated power, did not limit the purchase of health coverage to only state created exchanges, but rather expanded the tax credit to federal exchanges as well. Only 16 states, plus Washington D.C. elected to set up their own exchanges, the remaining 34 States are relying on “federally-facilitated exchanges.”[2] In these 34 states, residents must purchase health coverage through a federal exchange. So, what does this all mean? It means that if the Supreme Court decides the IRS does not have the power to change the definition of the ACA’s “Exchange” then all tax-payers who purchased health coverage under a federal exchange will NOT qualify for the subsidy. These tax-payers will receive no tax break from the U.S. government for complying with the ACA

How does this impact our Employer Customers?

Part of the ACA includes severe penalties against Employers for failing to provide employees with affordable health coverage. These fines are triggered when an individual employee, that should have been provided affordable health coverage by his/her employer, gets coverage through an exchange and then gets the benefit of the government subsidy. Payment of the subsidy in this situation triggers the penalty against the employer.  If the employee does not qualify for the subsidy because there was no state exchange, the penalty cannot be triggered. Said another way, the Court decision could essentially crush the ACA’s ability to assess penalties against Employers for non-compliance with the ACA. This provision of the ACA is called the “Employer Mandate”.  The ruling could have disastrous implications on millions living in the 34 states that have not opted to develop an exchange, as those will be left with obtaining expensive healthcare without any tax credits.

We're eagerly awaiting the US Supreme Court's ruling which is anticipated to be made by the end of the month.

VP of Legal at Businessolver

View all Posts by Danette Kennedy